After 2013 was the Year of Yes for me, I would characterize 2014 as the Year of More. I didn’t start any new activities in 2014, and instead did a lot more of what I was already doing.

Job: I am still in the same job as last year (Chief of Staff to Product VP of AdWords at Google), and have an ever-growing set of responsibilities, including presenting a comprehensive set of business metrics to the SVP twice a quarter, being the point of contact for regular updates on the search ads business to the rest of Google (including Board of Director updates, investor relations updates, etc), thinking about the 3-5 year strategy for search ads, and doing revenue analyses and business modeling as needed.

Generalisting: As mentioned in my recent Generalist is In post, I’ve been expanding my work with the MIT Venture Mentoring Service, and trying to be a useful sounding board for friends and colleagues with their business and strategy challenges. I also restarted SF Salons as suggested in last year’s post, and had several enjoyable evenings out discussing ideas with friends. I also joined a design/business book club, which has met twice so far.

Singing: I continue to sing with the Collage Vocal Ensemble, with the highlight of the year being my solo in this PDQ Bach piece, which begins at 2:22.

Skiing: I went all-in with skiing this year – since there was minimal snow in Tahoe this past winter, my ski house crew did two international skiing trips, one to Niseko in Japan, including my first helicopter ski day, 3 days of touristing in Tokyo and a day in Kyoto, and one to Baldface, a cat skiing lodge in British Columbia (pictured right). This sparked my interest in backcountry skiing, so I bought all the gear this summer, and took an intro to backcountry skiing and an AIARE Level 1 Avalanche course with Richard Bothwell of the Outdoor Adventure Club in Lassen National Park the past two weekends, which was awesome. I’m excited to start doing my own backcountry trips this winter! 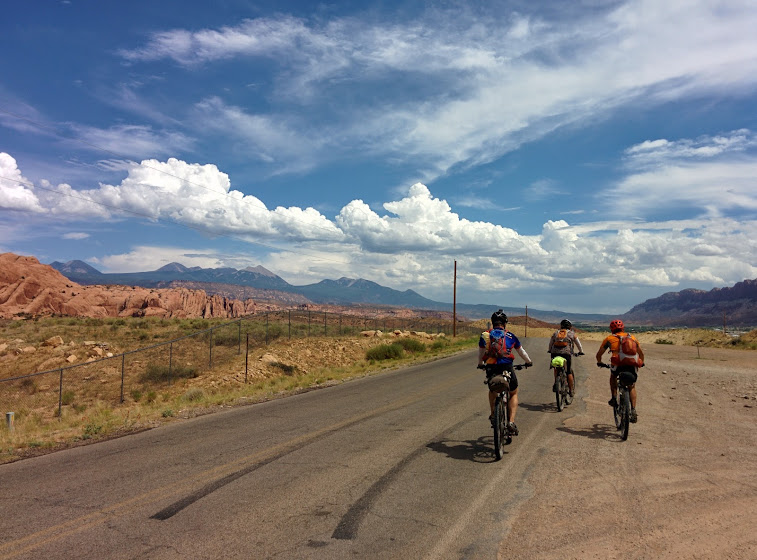 Biking: I also went all-in with biking this year – I went on 53 bike rides for 2000 miles and 165,000 vertical feet in 2014 (Strava captures most of it) (up from 22 rides for 622 miles and 26k vertical feet in 2013), and that doesn’t count the 172 times I bike commuted to work (another 850 miles or so). The highlight of the year was doing a mountain bike tour from Durango, CO to Moab, UT, via a hut-to-hut system run by San Juan Huts, about 222 miles and 22k vertical feet of climbing over 7 days of riding (not included in Strava). The scenery was amazing and it was really satisfying to travel on human power alone.

After I got back from that, I finished off the year by doing two centuries, the Marin Century and Levi’s Gran Fondo and am aiming for the Death Ride next July. Other biking highlights from 2014 include bike camping on Angel Island, and my first mountain biking experiences in Tahoe (Memorial Day and the Flume Trail and Hole in the Ground trail in September).