After 2013 was the Year of Yes and 2014 was the Year of More, the theme of 2015 was Pushing the Limits. 2015 was about a combination of great physical exertion but also deep introspection, and I’m in a pretty happy spot as I enter 2016.

Sports: Let’s start with the most obvious focus of the year, which was me getting into the best shape of my life to do several endurance events. I’ve already recounted my first Death Ride, the Tahoe Trail 100k, and riding the Leadville 100 MTB race.

After completing Leadville (the hardest physical feat I have ever done), I could have gotten lazy, but decided that I should keep pushing myself. I had always wanted to have run a marathon, but never wanted to train for one. However, this was the year since I was in the best shape of my life with strong legs and cardio after so much biking. 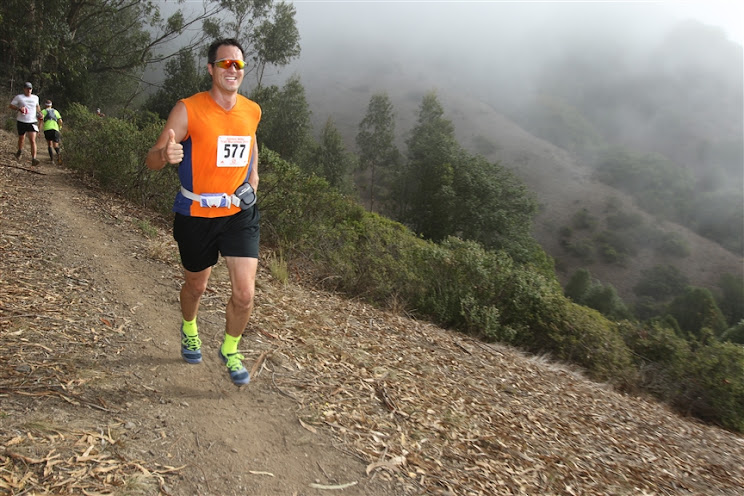 So two months after Leadville, I ran the Golden Hills Marathon, on trails from Tilden Park in Berkeley, up to Skyline ridge through Redwood Park, down to Lake Chabot in Castro Valley, covering 26.2 miles and 5000 feet of climbing in 5.5 hours (finishing in the top half of the field) (Strava) (photos).

I even kept it going after the marathon by talking myself into the Low Key Hill Climbs at Alba (Strava) and Mt. Hamilton (Strava), and 100 Miles of Nowhere on Cañada Road, and 50 Miles of Montebello (because Jill Homer is a maniac). It was a little ridiculous.

Of course, once the snow started falling, I got excited by skiing, and went skiing every weekend in December, which was more skiing than I did all of last winter.

Final stats for the year:

Job: I am still in the same job as last year (Chief of Staff to Product VP of AdWords at Google) – I’ve been in this role over three years now, which is a record for me. I still enjoy it, and am challenged by it daily, and am still getting the opportunity to learn new things, so it satisfies what I look for in a job. Plus while ads may not be cool, they generate the revenue that enables all of the other cool things that Google does, like self-driving cars, balloon-powered internet, cardboard virtual reality, etc.

Generalisting: I invested a lot of time this year on improving and exploring myself. This took a number of forms:

The other exciting thing in 2015 was that my ski lease now has a year-round house in Tahoe, so I spent a lot of weekends up there biking, running, hiking, skiing, or just hanging out in the hammock. It turns out I like Tahoe in the summer too!

2015 was a heck of a year, where I pushed myself beyond what I thought I could do both in the physical realm and in the mental and emotional realm. It really helped to reinforce a growth mindset that I can do more than I think I can, and it’s up to me to keep learning and not get complacent. That being said, people keep asking me what my next big adventure will be – whether I’ll do an even crazier race (Tour Divide?) or some other feat of endurance. I haven’t decided on anything – I didn’t sign up for Death Ride or Leadville – and I think this might be a year of integration as I take what I learned in 2015 and make it part of my life. To use my own terminology of learn and latch, if 2015 was about learning, I think 2016 will be about latching the gains into place. We’ll see how that goes!

Nice take from @cwarzel on the emptiness of Web3 / crypto use cases. I often say you don't have a business unless you solve a problem that people will pay you to solve. Yet these Web3 advocates can't articulate what problem they are solving! newsletters.theatlantic.com/galaxy-brain/6…