Continuing along the theme of the doubt tax, I’ve talked with several people over the past year who are looking for the secret to effectively change their lives. One example is people who want to change careers, and are looking for the secret to writing the right resume or learning the interview secrets that will get them hired in the new job they want. Another example is people making a drastic change in their life (starting to exercise, losing weight, learning a new skill), who then get frustrated that the change doesn’t stick. Quora is particularly rife with people asking these sorts of questions like “What is the secret to [getting hired at Google/getting into MIT/becoming a data scientist/becoming a successful entrepreneur]?”

And, as I suggested with the doubt tax post, there is no secret. Like that post where the “secret” was just keep going, changing one’s life requires having the discipline to show up every day, trying to make that change in your life. One day, you wake up and it’s become a habit or part of who you are, and it’s no longer an effort to act in the new way. 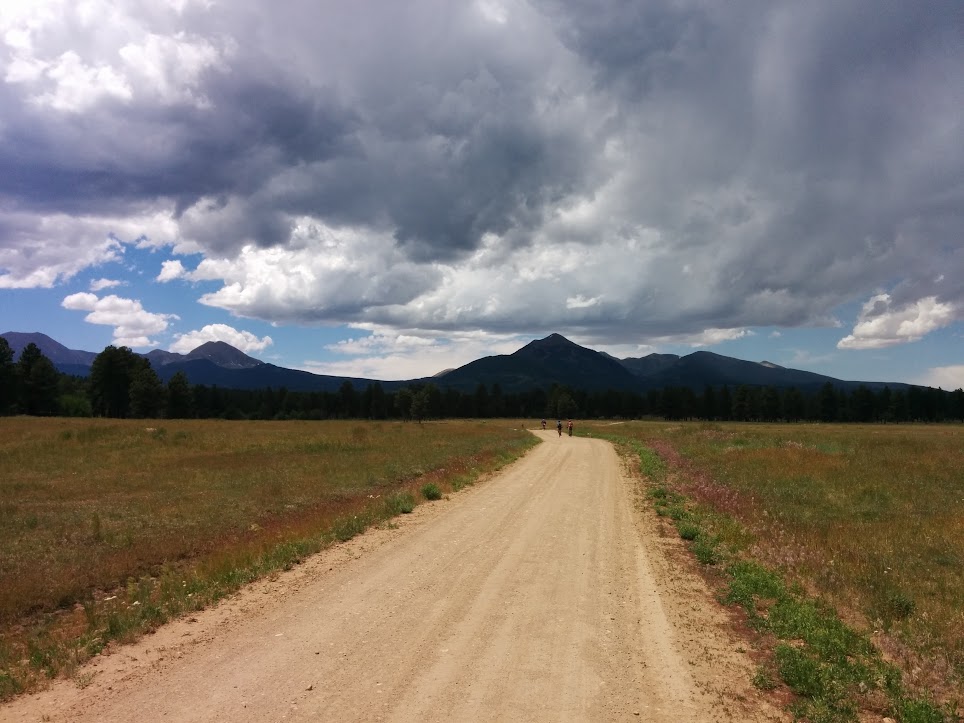 The intimidating part is that when you look at the change at the start, it seems totally impossible; it’s like a mountain looming in the distance that you don’t see how it’s possible to climb. But if you keep taking steps upwards, one by one, you eventually end up at the top of the mountain. It feels like a miracle every time, because no single step got you there, but somehow the accumulation of steps added up to climbing a mountain. (image from my Durango to Moab mountain biking trip, where I did, in fact, bike to the top of that mountain over the course of a day).

So how do you figure out which steps will help you make the change in your life that you desire?

If the change is one that others have made, it’s often worth figuring out what they did and following in their footsteps. Go and interview several people who are living the life that you want to live, and ask them how they got there; they’re often happy to share their origin story, and this will give you ideas. For example, I started doing more coaching and mentoring last year, and wondered how I could take the next step down that path. So I interviewed five professional coaches, and asked them how they got into coaching, and all of them told me the next step was to get certified, and two of them had been certified through New Ventures West, so now that’s what I’m doing.

The trickier question is how to make a change that nobody else has made – if you want to carve out your own path, you can’t follow somebody else’s footsteps.

The first step is to figure out where you are today, and who you are today; it’s easy to get trapped in old ways of thinking. I tend to hold onto outdated versions of myself, and then make decisions based on what that old me would have wanted. This has not led to the best outcomes.

After figuring out where and who you are, then it’s a question of which direction do you want to go. What will be your guiding light? What value(s) do you want to express? What will be the mountain peak that you want to move towards, and how can you tell that you’re making progress towards that peak?

Once you have established a goal direction, then it’s time to figure out how to get there. The tricky part here is that the landscape is dynamic and always changing; in David Snowden’s Cynefin model, this would be a complex context. If you have an overall direction you want to go, but the landscape is changing, the best you can do is take a step in the right direction, and adjust as you go; effectively, you are running little experiments with each step to see if you are making progress towards your desired goal. This is where tools like the Personal Operating System and journaling in general become critical, as you can track progress with such tools.

The final tricky part is to not get frustrated by a seeming lack of progress. This sort of change is hard and slow, and it will seem like no progress is being made for a long time. Journaling is extremely helpful here, as it lets us see the incremental progress we are making over time. As a friend told me at one point, “Progress not perfection!”; in other words, looking back at your journal makes it clear what progress has been made, and lets you celebrate the fact that you are moving in the right direction, even if you haven’t necessarily gotten to where you want to go yet. That’s especially true if you’re like me, and can’t resist creating new challenges for yourself as soon as you achieve your old goals.

The advice that I have often read about becoming a writer is that you show up every single day, and you write. Even if it’s crap, the important part is to write. No excuses. Each year, people who do NaNoWriMo (National Novel Writing Month) discover the value of doing this – when the goal is to write 50,000 words in a month, you have to crank out words every single day.

As I go through life, it seems to me that this is the secret to any change you want to make in your life. You show up, every day, no excuses, and you take steps towards changing yourself. Whether it’s learning a new skill like programming or the ukulele, or starting an exercise program, or running a marathon or riding the Great Divide, or changing your career, start taking steps every day towards the person you want to be. And, one day, the change that seemed so impossibly difficult and distant will have become your new normal.

What step can you take today that will start you down that path?

P.S. While preparing this post, I came across a few quotes that seemed apropos, so I’m including them here:

P.P.S. In one of my conversations, a friend called me an “evangelist for change”. I really like that. I believe strongly in the power of change, and want people to experience the positive value of change in their own lives.

As an alum of one of these universities, this is just embarrassing. "top universities are increasingly tax-free hedge funds with educational arms attached for branding purposes. And they are price-fixers, to boot." mattstoller.substack.com/p/ivy-league-c…