People occasionally ask me what I’ve learned in my first couple years as a leadership coach. The unspoken question is “What is the secret to being a better leader?” And while there is no secret per se, there is a formula I see consistently among people who have more impact: Clarity plus Focus.

As context, I believe that the only thing I can control is my next action. That’s it. It doesn’t seem like much when compared to what I can’t control:

With all that I can’t control, I am left with finding ways to take my next action with purpose, because that’s the one thing I can control. The future unfolds one moment and action at a time, so what action will I take next to move towards the world I intend? Clarity and focus seem to increase my ability to take that sort of meaningful action.

Clarity is essential in that intentional movement does not occur without setting a direction. If we just react to what is happening, then we are bounced around by the people and culture around us with little control over where we end up. The common example I see is people spending their time responding to emails from others and going to meetings called by others, rather than doing what is most important. Identifying a North Star vision allows us to orient ourselves so that we can take intentional action towards our desired vision.

Another barrier to clarity is that most people have several priorities, and therefore get caught up in dilemmas where they get stuck due to competing priorities. The Immunity To Change™ Methodology describes this as having one foot on the gas and another on the brake, spending a lot of energy going nowhere, and they share one way to identify the unconscious competing commitments that are holding us in place. But until we spend the time to investigate our own patterns and reactions, it is easy to self-sabotage and stay stuck in our autopilot routines that keep us from moving forward with intention.

The most effective people I know are crystal clear on their priorities, and have done the self-inquiry work to identify their unconscious patterns. With that clarity, they can compensate for their default reactions, and consciously choose their next action to move towards their goals. This enables them to move quickly by trying experiments, and learning from them to iterate and adjust their next actions. Similarly, they can adjust when the situation changes. When I was Chief of Staff, my VP was great at this; when a new urgent task came up, he would instantly reprioritize and let me know what to drop so I could work on the new task. I have had other managers who felt that every task was important and urgent, so they (and their teams) were perpetually slogging through endless tasks because they didn’t know how to prioritize and say no to what wasn’t as important. 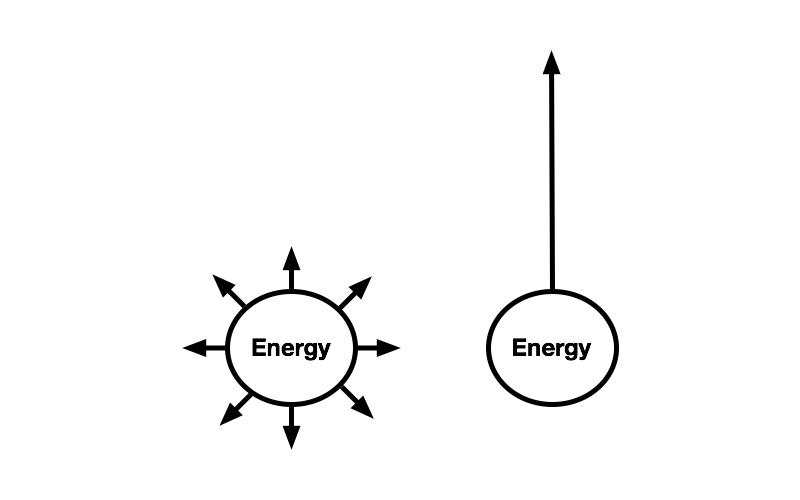 This leads to Focus as the companion skill to Clarity. Ineffective people spread their time and attention across many different tasks, and therefore are scattered and make little progress. I love the illustration from Greg McKeown’s book Essentialism, where energy spread in all directions has less impact than the same amount of energy focused in one direction. Focus is the ability to say No and stick to it because you have the clarity to understand which asks others make of you do and do not help you move towards your goals. Steve Jobs summarizes it nicely:

People think focus means saying yes to the thing you’ve got to focus on. But that’s not what it means at all. It means saying no to the hundred other good ideas that there are.

One exercise to check your own Clarity and Focus is to make a list of what is important to you, and what values you want to live your life by. Then make a second list that tracks where you actually spend your time each week. The hard part is realizing that the second list is a better reflection of your actual priorities than the first list. We may say we value our family, friends, learning, etc. but if we are trying to squeeze those in around our work and other commitments we have made, then those other commitments are de facto the higher priorities. And that’s okay – sometimes that is the right choice because our work is important and requires a lot of time and attention. But I encourage you to bring your priorities and actions into alignment so as to reduce internal confusion.

Admittedly, I often suffer from this lack of alignment myself – I say that I want to write more and share more of my thoughts on this blog, and yet, I do not make the time to do it. Instead, I spend a few hours each week on Facebook, and another few hours on phone games. I can tell myself that those allow me to unwind, but I never feel better after doing those activities, compared to the sense of accomplishment I get when I actually write and publish a blog post.

Being honest about my reality is one of the first steps of Clarity – until I acknowledge what I’m actually doing, and dig to understand why my default is to mindlessly turn to my phone when I have a few moments, I can’t change my patterns. For me, there is fear and anxiety around writing – I don’t know if I can express my thoughts clearly, and it’s hard work, and part of me says “I’ll do it when I’m in the mood to write”. Of course, I have no writing “mood”, and I just have to sit down and start writing, as I (finally) did this afternoon inspired in part by my own post on LinkedIn to create something rather than mindlessly refresh the election results.

Clarity and Focus. When you are clear on what you want, and you focus your actions to move in that direction, you can make tremendous progress quickly. I described my own experience with developing this “superpower” of deciding to do something, and then doing it, towards the end of this post on updating one’s mental software, and it has changed my life over the last several years.

And I share these ideas here with you as the essence of my mission to help leaders be more effective. As a coach, I try to increase my client’s clarity around their direction, and sharpen their focus on how to move in that direction. And the ones that commit and do the work can see lasting changes in even a few months of coaching, because once they start paying attention to the ways in which their current behavior patterns are not serving them, their world starts to change. It’s easier said than done, of course, but that’s where a coach or accountability partner can help.

P.S. One might argue that this clarity and focus requires having the necessary resources and control to invest one’s time and attention in this way. But I’ll offer the counterexample of Arlan Hamilton, who went from being homeless to running her own venture capital fund in a few years by being exceptionally clear on what she wanted, and putting all of her time and energy into finding a way to get there.

9 thoughts on “Clarity and Focus”