Instead of my normal rumination on what I’ve learned this past year, let’s change it up, and do a picture-based post in mostly chronological order. Those of you that follow me on Instagram have seen most of these, but it’s a nice way to hit the highlights of the year. 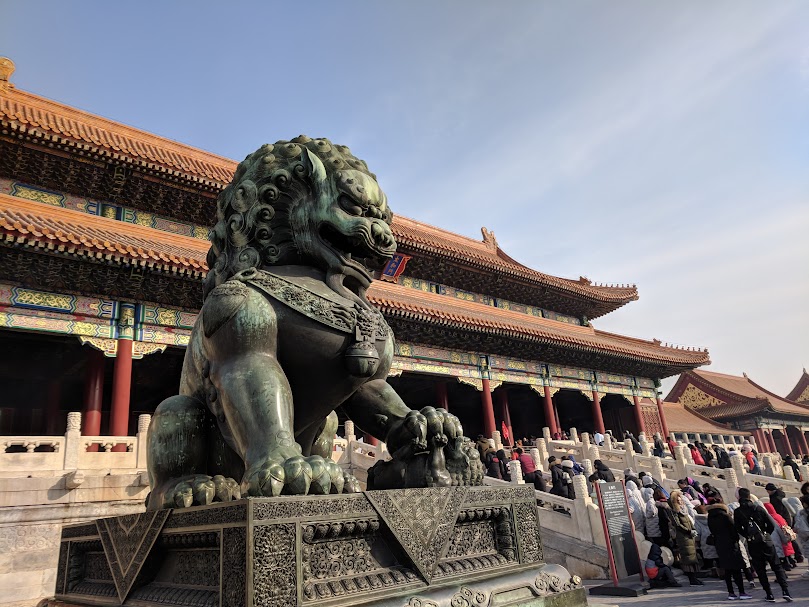 I’m still in the same job at Google – I’ve now been at Google for over ten years (?!) and in this particular job (Chief of Staff to the product VP of AdWords) for six years. This was a challenging year at work, because my job scope expanded greatly, but after I hired somebody to help me handle the increased load, it’s starting to feel more manageable. A highlight of work this year was an “immersion” trip in February where a few dozen product managers went to Delhi, and then Beijing, for a few days each, to soak in the local context and how it differs from our Bay Area bubble. I’d never been to China, and seeing the Great Wall and the Forbidden Palace (pictured here) was amazing. And seeing the pace at which China is innovating was frankly a little terrifying – we in America (and particularly the Bay Area) are way too complacent. 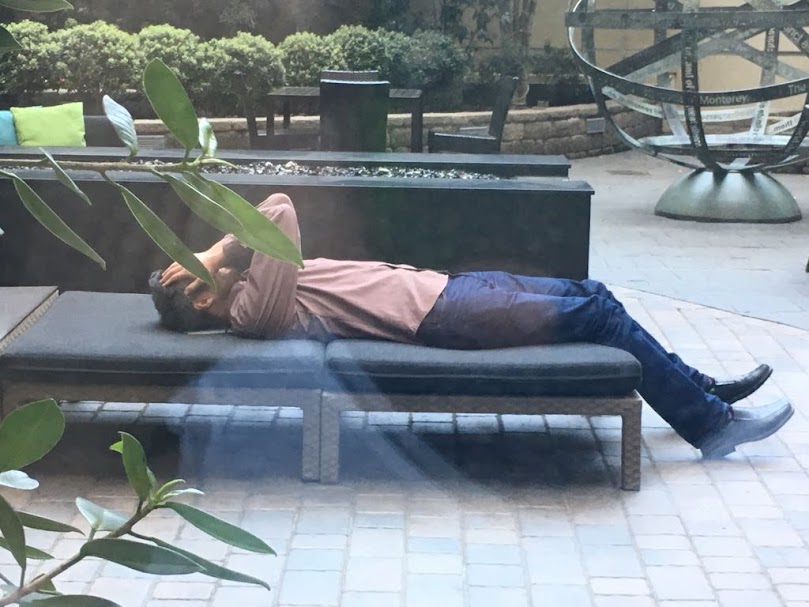 At the end of February after a year-long training program, I got certified as an Integral Coach by New Ventures West. This photo is from the final certification weekend, where, in addition to live coaching a guest client I had just met in front of the faculty, I was coached by James Flaherty, the founder of the program. He pushed me hard in that coaching conversation, and after the conversation, I was so full of emotion that I was unable to speak, and just walked out to be alone and cry for ten minutes (one of my classmates captured this picture). It was a reminder that even though we had “graduated”, we can always be developing ourselves, and of the power that a coaching conversation can have.

After certification, I opened a coaching practice on the side at Too Many Trees, and spent more time coaching people at Google. I also took a workshop on the Immunity to Change methodology in June to develop my skills with a different framework. Lastly, I got certified as an Associate Certified Coach by the International Coach Federation. 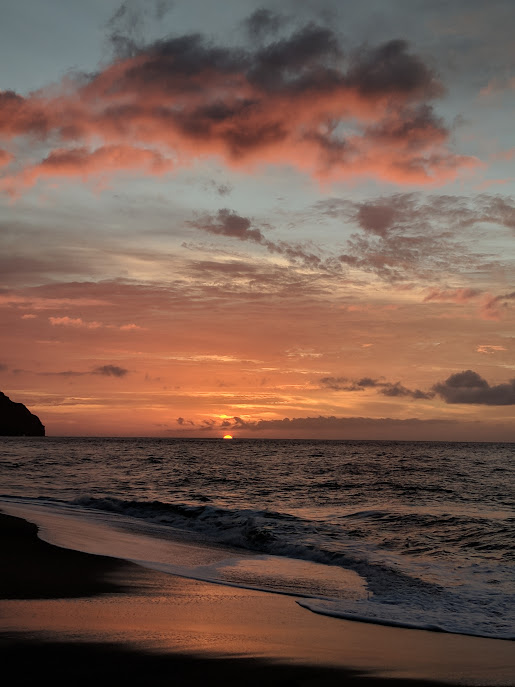 To celebrate my certification, we went to Kauai the first week of March, and after spending a couple days on the beach, we hiked the Kalalau trail to Kalalau beach. The only way to reach this beach is by an 11 mile hike on cliff trails along the sea – no roads there, and no boats allowed. It was a pretty fantastic experience to get off the grid and camp our way to this lovely beach, and the sunset from the beach was spectacular. 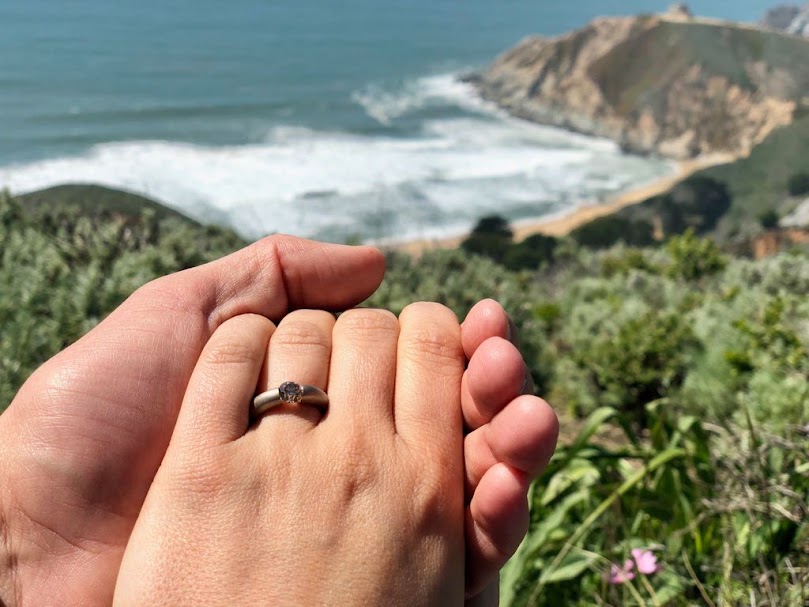 Even though we had only been dating for just over a year, Tanya and I felt confident that we wanted to spend our lives together, and got engaged in April of 2018.

Amusingly, we signed the contract on the wedding venue before I officially proposed. We had gone ring shopping in March (Tanya has the aesthetic sense in our relationship, so I didn’t dare to pick a ring for her), but the ring we (she) chose was custom made, so it was several weeks before it was ready. After ordering the ring, we started planning the wedding, and fell in love with the first venue we visited, and pounced on it despite not officially being engaged. 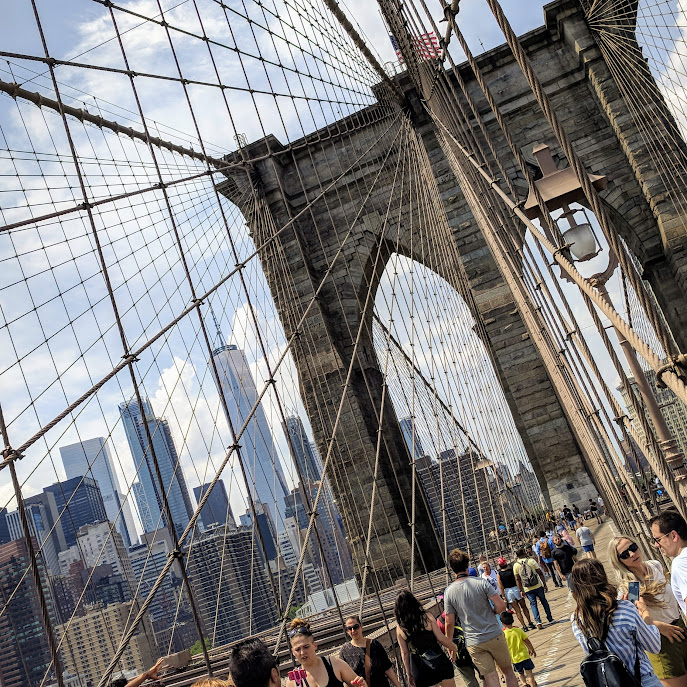 Tanya and I went to New York for Memorial Day weekend (since I was heading to Boston the week after for a coaching workshop anyway). I love New York, so it was fun to explore with her. Somehow I ended up in New York four times in 2018: New Year’s Day for one night as we flew back from Morocco, Memorial Day weekend, September for my cousin’s wedding, and October for a work summit. Highlights included seeing The Band’s Visit in May before it won all the Tony awards, and ice skating at Rockefeller Center in October.

A few photos to appreciate the natural beauty we have available to us in California.

Left: I didn’t get out biking as much as in previous years, but I still love the fact that I can reach beautiful views from Skyline Boulevard in a bit over an hour from leaving my home.

Middle: I continue to love visiting Tahoe when I can. This photo is from Stateline Lookout, which is an easy hike with spectacular views above the state border on the north end of Lake Tahoe.

Right: Yosemite is stunning. We visited there after the wedding, with several members of her family that had never been. This is El Capitan from Sentinel Dome, a picture which has additional resonance for me after seeing Free Solo, the documentary film showing Alex Honnold’s successful attempt to climb El Capitan solo without ropes or gear.

Tanya and I took our pre-wedding honeymoon in August, spending a few days in Amsterdam, then flew to Italy to see Lake Garda and the Dolomites (the Italian Alps) which had spectacular scenery, before finishing off with a week in the Seychelles, tropical islands off the coast of Africa. It was a decadent trip, as we pampered ourselves, but fun to experience that level of extravagance. 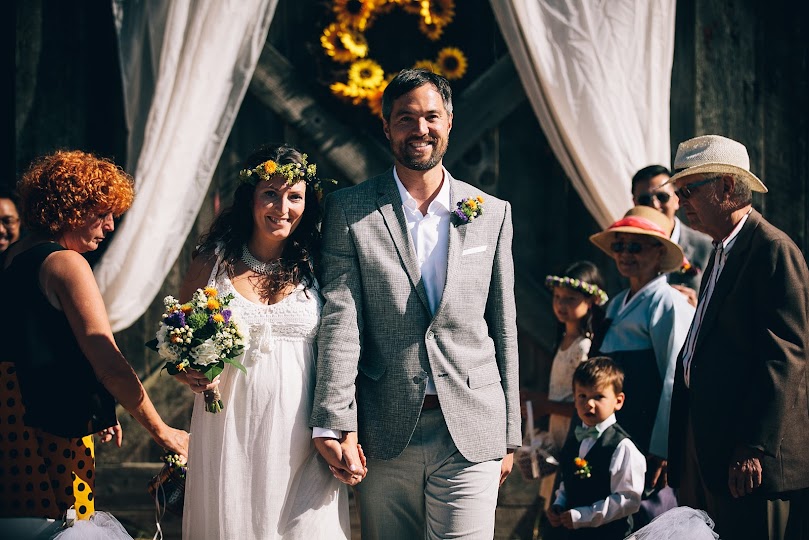 Tanya and I got married in October. It was a beautiful day, and wonderful to spend hours with our friends and family celebrating together. People asked me the day after whether I felt any different now that I was married, but the only real differences I could articulate were (1) I now had to call Tanya my wife rather than my girlfriend, and (2) I no longer had to plan a wedding. I was pleased to discover that all the stress of wedding planning only strengthened our relationship. We will need all of that relationship strength, as we welcomed our first child into the world in late December. One week in, parenting has been challenging but manageable because we are doing it together, and have developed our cooperation and teamwork and trust from all of our previous experiences of international travel, renovations, moving, planning a wedding, etc.

It was a very full year (I now laugh at last year’s post where I said that in 2018 “I will allow things to settle down to give myself space and time to rest and reflect and develop”). I do not expect 2019 to be calmer or less full, but I will stay focused on my priorities of my family and my coaching, and will figure out the rest from there within the remaining capacity that I have.

Fascinating reflection that the aesthetic of quiet and "inside voices" is used to police other classes and races from expressing joy. I was also reminded of the upstairs/downstairs aesthetic of Downton Abbey. twitter.com/TheAtlantic/st…

If gentrification has a sound, it’s silence. @XochitltheG on why the rich love quiet so much, and what it means for everyone else:https://t.co/YPO55svVeY